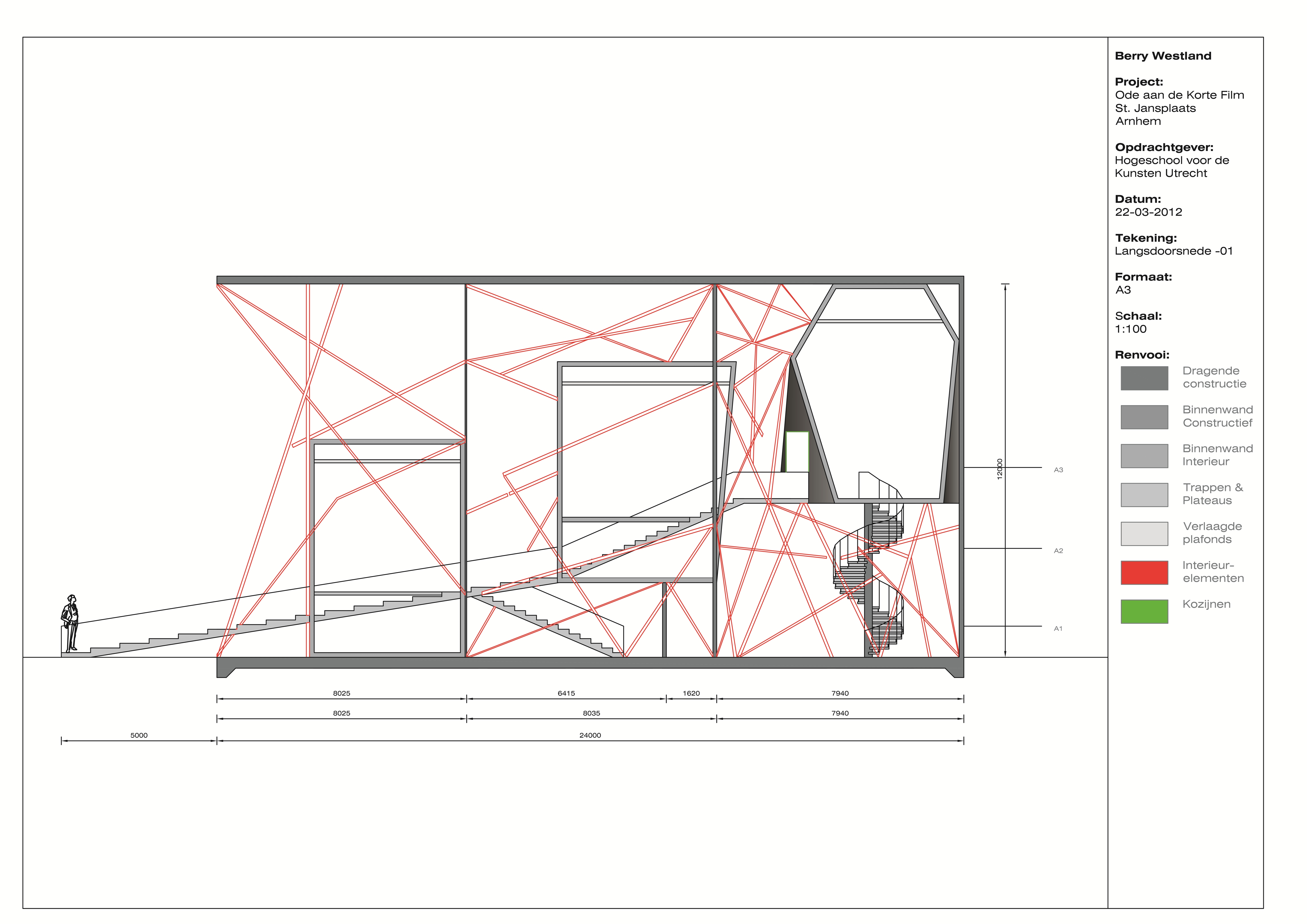 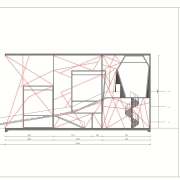 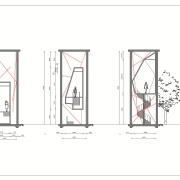 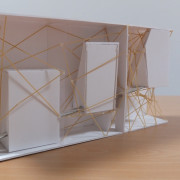 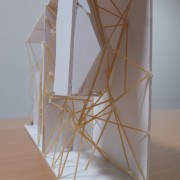 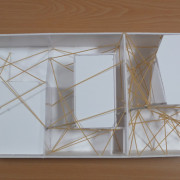 A project to design a cinema for the screening of short film. The further one comes to the more one becomes entangled in the web of the short film. The theater is very narrow, 4 meters wide and 24 meters long. In this design the film process is cut into three stages. 1. A film for the passerby, three minutes and easy to see while shopping. 2. A film for those who have become interested by the first film. This film takes 10-20 minutes. 3. For the lover that gets all caught up in the short film. Films are screened in the last room of 20-40 minutes. In short, a project where one becomes entangled and then come out in confusion.